My father died in December 2019. Just before he died after reading my book Afropean, Dad told me to listen to Miles Davis’ 1980s output, specifically “The Miles Davis Reggae Track” from the Tutu album. Despite winning a Grammy, this album was made in Davis’s late phase when his star burned out (with a cameo as a pimp in Miami Vice, etc.) and isn’t exactly the era jazz lovers look to when they talk about Miles. For me, however, it creates a kind of experimental, peripheral black space – not in sync with expectations, but the ultimate expression of the African diaspora. I could imagine that this music provides the score for an independent film noir by Melvin Van Peebles. Tutu immerses me in this imaginative African geography known as “the black Atlantic” and was the album that took me through 2020; Do not lose your mind. Thank you, Dad.

Shimmer in the Wind by Junichi Kamiyama 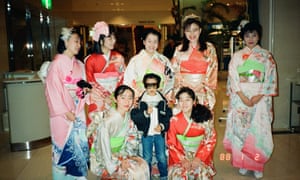 Photo from a family trip to Japan. Photo: Johny Pitts

During this summer’s lockdown, I spent some of my newfound free time digitizing my family’s old Video8 footage from our trips to Japan in the late 80’s when my father was on Starlight Express’s Asia tours. As I looked back at the tapes, it occurred to me that I should try shazaming to play some of the ambient music playing in the background on footage of our walks through various futuristic shopping malls and hotel lobbies. With the help of 21st century technology, these mysterious, anonymous jingles from Japan were suddenly revealed to me in the late 20th century. This piece by Junichi Kamiyama, which I now know is Glimmer in the Wind, played in footage of me as a five-year-old wandering through an aquarium on top of a Tokyo skyscraper. I was able to pass this soundscape on to my daughter, who was born for it in October.

Cry by Godley and Creme 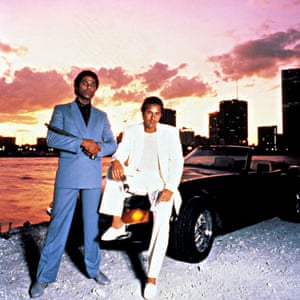 We spent the first lockdown with my mother in Sheffield, where a guilty pleasure of mine was watching Miami Vice on her television. Whatever you want to say about the glorification of violence and the stereotyping of communities, what remains, if unwittingly, a portrait of the imagination of everyone in what the 1980s was, and the city of Miami in particular. It was a pleasure to spend my evenings in shabby discotheques, in the hinterland of faded art deco in pastel colors and flickering neon signs. And the cameos! Miles Davis, Frank Zappa, James Brown, Isaac Hayes, and Sheena Easton were all unexpected and often hilarious. But the real reason to justify watching Miami Vice is for the soundtrack – it’s a guide to the hits and misses of the era. In one haunting episode, in a beach scene at the end, Godley and Creme’s Cry play in the background and I had that lovely, vague memory that you get when you half remember half a hit from the past.

The sea of ​​Morcheeba

My brother and sister are 12 and 11 years older than me, respectively. Even though I’m technically a thousand year old, I’ve identified more and more with Generation X, especially when it comes to music. Generation X had its dark moments, don’t get me wrong, but it certainly felt like the future, while dystopian, was a multicultural one. I have an iTunes playlist called Backpacker Bliss, a compilation of soft, travel-inspired trip-hop and electronic music from 1998-2001, stuff from The Beach Soundtrack, Air, Sneaker Pimps and so on. This music was made in a time of optimistic globalization before September 11th revealed the cultural and geopolitical rifts underneath. Perhaps the most impressive album of the period is Morcheeba’s Big Calm, which produced the single The Sea, which opened for the early seasons of Channel 4’s Shipwrecked. When I hear it I think of beach parties in the late 90s that I never went to.

I have followed Lee Scott and some of the other members who make up or work with the mega-crew Cult of The Damned with interest since the mid-00s when they individually began to break into the UK underground hip-hop scene. The collective is a place of intergenerational multiculturalism bridging the north-south divide, if certainly not pretty – they are the younger heirs to a failed globalization, and their music often sounds like an awkward post-trip-hop. Jam Baxter – affiliated with COTD through Blah Records – made the album this track was taken from when the crew went on a trip to Thailand and stayed at a small hotel called 38 Mansion, got off their heads and made music and music videos . The result, sardonic nihilism, seems to be such an honest answer to a chaotic world. I listen to it to get such emotions out of me. 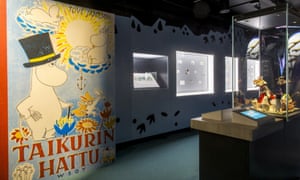 As a father of a five year old and a newborn, I always think about how we can enjoy it without being forced to hang out. It’s about meeting halfway through – I don’t want to pretend I love Frozen; My five-year-old doesn’t want to get through Chris Marker’s experimental documentaries from the 1980s. In Tampere, Finland, however, I found an elegant compromise when I stumbled into the Moomin Museum and discovered the care and thought Tove Jansson put into her characters (each represents a different faction of society – Sniff the Capitalist, Snufkin based on Jansons old socialist buddy is Too-Ticky weird etc.).

The Japanese cartoon series The Moomins is one of many great collaborations between Europe and Japan in the 80s and 90s. Both cultures deal wonderfully with the passing of the seasons. The series is visually rich and conjures up atmospheres with Sumio Shiratori’s wonderful soundtrack. The winter episodes especially take me to the Swedish-Finnish border, where I took my mother to the Ice Hotel to see the Aurora Borealis.

I am obsessed with the music and graphic design of a series of CDs released by Universal Music Jazz France entitled Écoutez le Cinéma! Released and mainly focused on French movie soundtracks from the 60s, 70s and 80s. This particular song comes from the soundtrack to Les Valseuses, one of the most outrageous French films ever made. Though I remember having fun as a teenager defending it as an adult in 2020, defending it is untenable, but Stéphane Grappelli’s soundtrack distills some of the film’s unsavory moments into more innocent imaginations that get me first attracted to film – bohemian freedom, a sense of youthful mood, life beyond the limits of conservative norms. In particular, the lazy, nifty soundtrack (which has a kind of French gypsy jazz feel to it) – even though it was shot for a movie in Valence – reminds me of southern France, especially Marseille, where I lived until the lockdown. 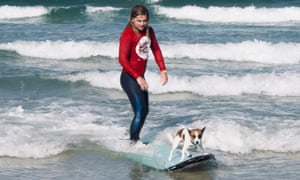 A rare moment of glamor for me came this year when I had my first solo exhibition of photographs at the Foam Gallery in Amsterdam. I stayed in a really nice hotel and had a nice chic breakfast every morning in the rooftop restaurant to the sound of Jordan Rakei. But I have more memories of Rakei. I was introduced to his soft soul music in 2013. I drove an RV from Brisbane to Sydney and stopped in Byron Bay. I made friends with some local surfers and an overnight stay turned into a week and almost a lifetime. At a party I remember a man saying, “Why don’t you stay, we could use a man like you?” And referring to a sustainable farming community to which he belonged. I saw an alternate life flash before my eyes: disappear and live in Byron Bay. I looked back on when I got back from Amsterdam and had to be quarantined for two weeks, shortly afterwards my second daughter Sylvie was born. Glad I didn’t stay in Byron Bay, but I’ve played a lot against Jordan Rakei lately!

I feel like the UK often doesn’t really know what to do with black artists who undermine what is expected of them. Sade is taken seriously all over the world including France, the US, Japan, etc. However, in the UK she is often treated as a cheesy lounge music act. For me, Sade is the perfect music for comfort in difficult times. Rarely does one get the feeling that everything is all right on a Sade track – there is always an undercurrent of melancholy, and yet the songs are gentle and stimulating and help you navigate dark moments. Sade takes you around the world; You are on the Nigerian coast for a minute, then in a cocktail bar in New York City, then, like at Paradise, a street party in Mexico City. The music video for this song is as beautiful as Queen Sade.

I’m calling you from Jevetta Steele 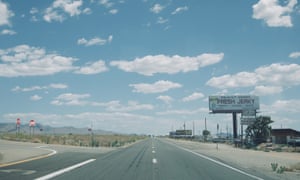 In 2012 I went on a road trip along old Route 66 through Arizona and Nevada to California. Two things amazed me. One of these was that Route 66 is not a tourist trap – it’s a really deserted freeway, where you drive through ghost towns that have been destroyed by the advent of freeways. I was almost out of gas when my navigation device led me to an abandoned gas station and spent an anxious 40 minutes driving empty through the desert in the midday heat without passing another car or people. The second was the light. I’m a fan of photographers like William Eggleston and Stephen Shore, who both captured the faded Americana in this part of America in beautiful color photography. But seeing it with my own eyes made their job a little less special because all the raw materials were there: the perfect blue sky and fluffy clouds, the old Chevys shimmering in primary colors under the sun, the decaying Pepsi logo – none Wonder my photos of Sheffield have never looked so lush! Calling You from the Baghdad Cafe movie (which inspired my trip) always brings back dusty, golden memories.

The 7 Greatest Luxurious Trip Spots within the World

Wealthy International locations Are Shopping for Up All The COVID Vaccines